Back to the (re)sources; people, places and LOD 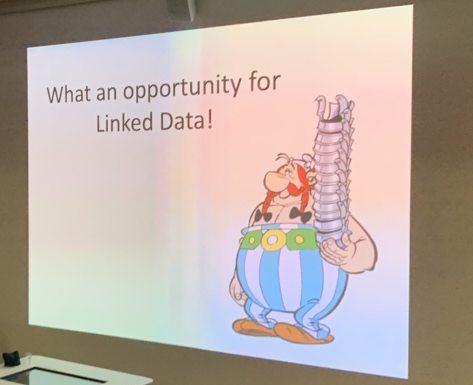 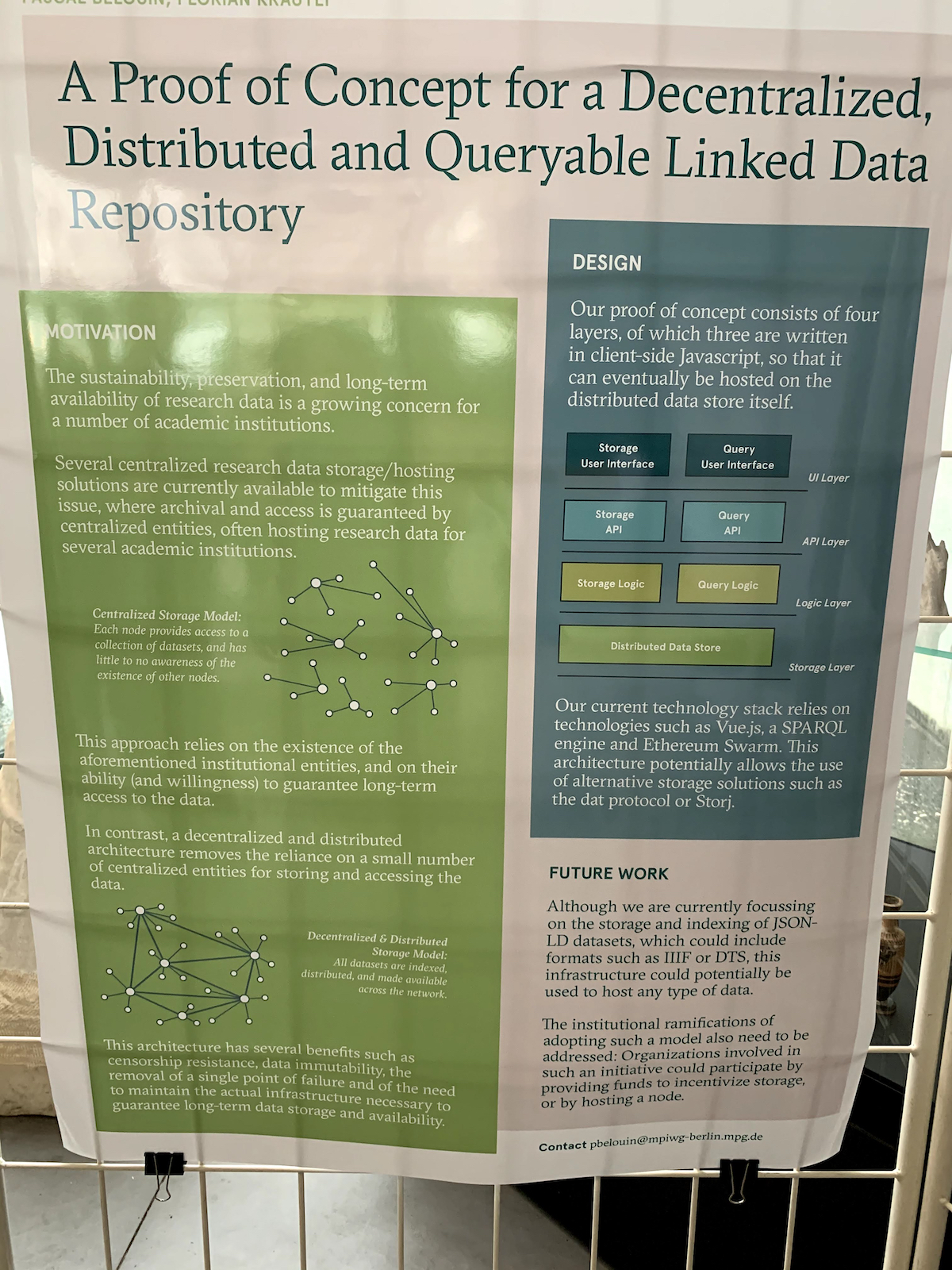 In December, our VP for Development, Jamie Folsom, attended Linked Pasts V, a conference with a focus on modeling, sharing and using data about places in the past, using Linked Open Data standards.

This year’s theme was “Back to the (re)sources”, which means resources “both in terms of ancient/‘historical’ sources, and in terms of data (re)sources used in digital, LOD-related projects”.

In attendance, and presenting, were elements of the Pelagios Network, the World Historical Gazetteer project, and more.

Linked Pasts is a wonderful single-track conference, small enough to allow conversations between most attendees between sessions, and a genuine exchange of ideas.

Of particular interest, for its relevance to our collaboration with Labo Paris XVIII, which seeks to put social data on maps of the city of Paris, was a session on urban gazetteers, led by Valeria Vitale, Chair of the Pelagios Network.

Among the questions discussed were: “if a settlement moves, is it the still same ‘place’?” and “how much detail (ie data) is enough when describing a building?” and “what is the role of a gazetteer?”

The Linked Places format, a JSON-LD based data format in development by the World Historical Gazetteer project, building on earlier work by the Pelagios Network, is a fantastic start on answering these questions. It can describe not only a place, but a scope in time, relations to other places, geometries links and depictions, and a lot more.

And here’s a blog post by Valeria, about urban gazetters.

People, and modeling data about them, figured prominently in this year’s presentations.

Charlotte Roueché gave an entertaining and enlightening overview of a Prosopography of the Byzantine World, complete with references to Asterix, Obelix, and Vercingetorix.

Charlotte Roueché starts the day at #linkedpastsv with the 100+ year history of the publication of the Prosopography of the Byzantine World: the 2001 edition was available on CD, complete with a copy of Netscape, for £90 pic.twitter.com/fJkkAyEgyC

One of our collaborators had a poster (see above left, just below Obelix) at the conference, describing a fascinating idea: “A Decentralized, Distributed and Queryable Linked Data Repository”, basically, using blockchain technology to “host” data repositories. Seems to us, such a thing could be a very valuable addition to the minimal computing ecosystem (of which we’re fans, and aspiring practitioners)! We’ll look forward to seeing that take shape…

We’re doing more and more projects with spatial and temporal components, and increasingly frequently, we’re working with our scholarly partners to align their data with standards like these, so they can draw upon others’ Linked Open Data and share their own.

Are you looking for a developer to help with a spatial/temporal humanities project?